November 14, 2021
There is an  article going around twitter with the headline, " My wife earns $500K a year, but drops $1,500 when she goes to the mall. She is jeopardizing our retirement ".  You can see the actual tweet here . What I noticed from the responses to the tweet was: A lot of people did not read the article. A lot of people don't seem to believe in joint finances in a marriage A lot of people think 500k annually goes a lot further than what it actually does A lot of people don't know what it takes to retire comfortably...especially to retire early I saw a lot of comments saying "$1500 is much. That's a small percentage of what she makes". However, the article states that she is spending this as often as he spends $150 at the grocery store. The article mentions children, so we can reasonably assume that $150 isn't buying much more than a week's worth of groceries for the family. If she is spending $1500 every week at the mall, that adds up to over $100
Post a Comment
Read more

November 09, 2021
I have a lot of thoughts on insecurities. It wasn't really something I thought about previously, but after they caused many issues in my last relationship, I've spent a lot of time thinking about this.  Disclaimer: I am not a therapist or professional in this field. These are just my thoughts based on my own experience. If you prefer to watch a video instead of reading, check out the  Youtube video . Aren't Insecurities Normal? I do think having some level of insecurity is normal, but I think it can sometimes go too far. I think there is a difference between being insecure about a couple of things vs being an insecure person. I would say that an insecure person is likely to be insecure about multiple different things across many different aspects of their life. I think that an insecure person is also more likely to let their insecurities get in the way of things. I think it's important to be aware of your insecurities and during any kind of conflict ask yourself whethe
Post a Comment
Read more

Covid Vaccine: "I Still Need to Do My Research" 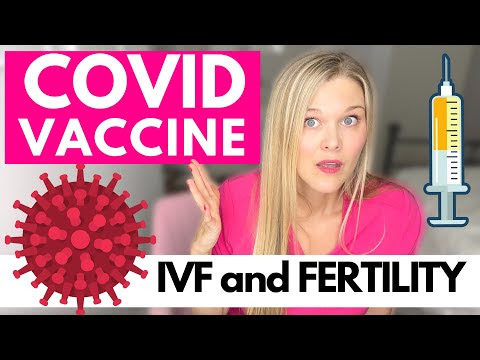 Intro I have a lot of frustrations around people's response to the covid vaccine, and I felt like this was a good place to let them out. I've also compiled some resources to address some of the common misconceptions about the vaccine. This is mainly aimed at the people who are saying they still need to do research. Disclaimer: I am not a medical profession or scientist. However, I have 2 engineering degrees, so I would say my critical thinking skills are pretty good. This post is just my personal opinion. Please do not take anything I say as medical advice. Categories of Unvaccinated People From what I'm seeing, people who haven't received the covid vaccine generally fall into 1 of 3 categories. Category 1: The Unsure They aren't really sure about it and don't really buy into conspiracy theories but maybe they have some concerns that they haven't really taken the time to look into. I think most of the concerns that people in this category have are p
Post a Comment
Read more

August 10, 2021
I have a possibly unpopular opinion that gender roles should not exist. I'm sure someone is reading this and immediately thought, "But why shouldn't they exist? Men and women are not the same?". That's true. We are not the same. However, most of our differences are generalizations. For example, men are typically physically stronger than women, but that doesn't mean that every single man is stronger than every single woman. There are cases where a woman may be stronger than the man. The gender role is that it should be the man who carries heavy things. In a scenario where the woman is stronger, does it really make sense for him to be the one to carry the heavy item? Or are people sticking to that norm simply because "that's what a man is supposed to". The rules and roles that we have are based on generalizations and often also based on a state of society that doesn't necessarily match our current state. There was a time where men worked
Post a Comment
Read more 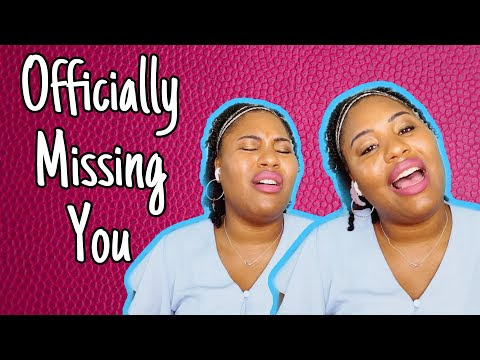 Tamia is my all time favorite artist! I don't think she has a song that I don't like and I could literally just listen to her songs for hours on end. Her birthday is May 9, so I decided to do a mini tribute to her with my covers for the month of May. Up first, we have Officially Missing You which is just an amazing song. This is a bit different than my typical covers since I used a backing track this time, so let me know your thoughts on that. Keep an eye on the playlist for the future covers in the series :)
Post a Comment
Read more 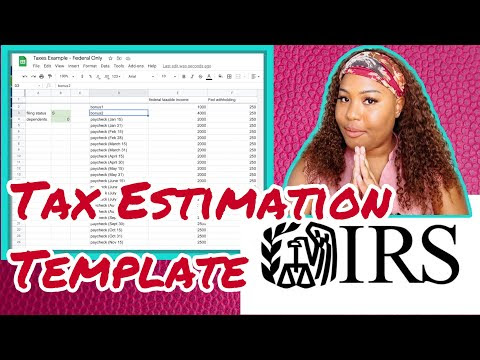 Tax time is upon us, and most people hate this time of year. Filing taxes is tedious and a bit stressful and I can't help with the tedious part but maybe it would be less stressful if you didn't have any huge surprises. Some people may think that getting a huge refund would be a nice surprise, but did you know that a huge refund means that you're actually just giving the government an interest-free loan all year? Check out this video to find out how to estimate your federal taxes so you can maximize the amount of money you get in each check without any big surprises at tax time :) link to download spreadsheet: https://app.simplegoods.co/i/JKUOMTCC
Post a Comment
Read more 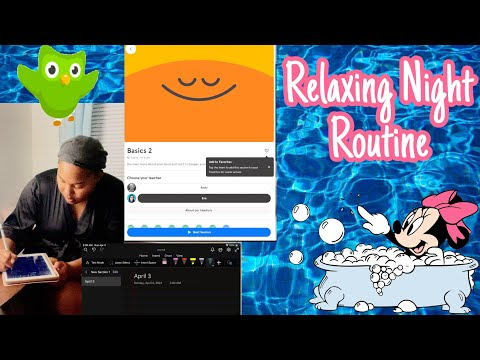 My Night Routine! I like to have a good mix of things in the routine that I do at the end of the day. I do have some variation as some days I want more relaxation and pampering than others but most of the things are consistent from day to day. To be completely honest, I don't do this routine every single day, but I generally fall asleep faster and get better quality sleep when I do my routine vs when I don't. I'll mention the high level steps of my daily routine below, but check out my youtube video for the full details! straighten up + tea -> 20 mins: I like to go to bed and wake up to clean house with minimal clutter. Tea also helps with relaxation read -> 30 mins: while drinking tea :) get ready for bed -> 30 mins: including shower, brushing teeth and skincare log food -> 5 mins: MyFitnessPal Duolingo -> 10 mins: re-learning French :) Journal -> 10 mins Affirmations -> 5 mins Meditate -> 10 mins
Post a Comment
Read more
More posts