I did create a video of my experience, so feel free to check that if you prefer watching a video over reading. However, I do provide some additional context in this blog post which is not included in the video, so it might still be worth reading :)

This was our travel day. We left landed in Cancun around noon local time and got on our shuttle to our resort (Dreams Tulum) which took about an hour and a half if I remember correctly. We didn't do much on Monday since by the time we got there and checked in, it was fairly late in the day and we were pretty tired. We did walk around a bit and find out where the pool was, but that was about it. We had a quick dinner at the Mexican restaurant then briefly stopped by the entertainment for the evening which was karoke with a live band. 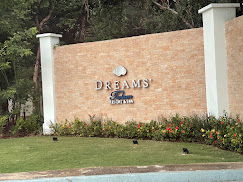 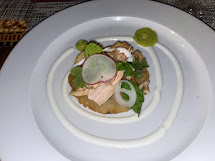 We spent a good amount of Tuesday in a presentation that they low-key tricked us into attending. Think timeshare presentation but not timeshare...We did get some free gifts out of it, so it wasn't a complete waste but it definitely took longer than we were told which was unfortunate. We grabbed lunch at the Seaside Grill then spent the rest of the day at the pool before getting dressed and going to dinner. We wanted to go to both the French and Italian restaurants, so we decided to go the French restaurant (Bordeaux) first for appetizers then head to the Italian restaurant for our main course. We also went by the entertainment which was a live band playing Latin music :) 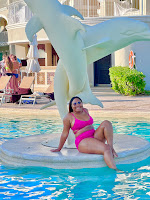 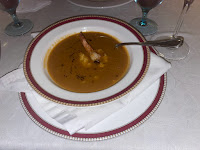 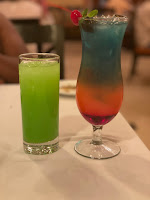 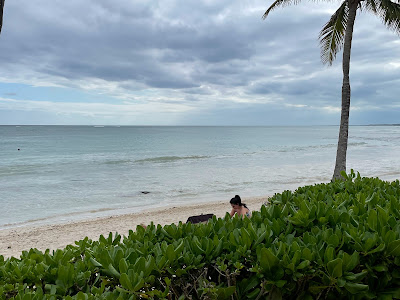 We spent most of Wednesday on an excursion. It was a combo activity consisting of Ziplining, riding ATVs and snorkeling in the cenotes. We then got dressed before having dinner on the beach. At dinner, a random Mexican cat attempted to make friends with us lol. After dinner, we again went to the on-site entertainment which was the same live band as the previous day then went to the mini club that they have on-site as well. 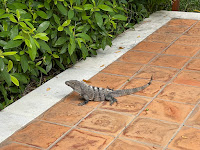 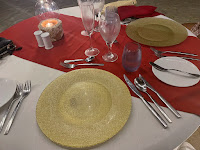 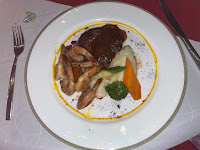 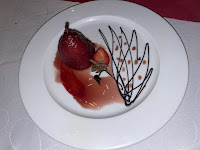 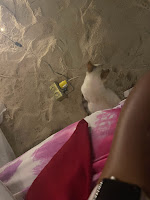 This was our last full day, so we decided to spend the day in Tulum itself (the main town). There wasn't any particular agenda outside of trying a couple of Vegan restaurants, so we spend the majority of the time just walking around and site-seeing. We took the Collectivo from our resort into town which was 25 pesos per person (price varies depending on where you get picked up and dropped off), but we were unable to take it back so ended up having to get a taxi. The Collectivo stops running at 11pm and once it gets close to that time, they fill up quickly. Our taxi driver told us that we would have needed to walk to the far end of town and get on at the first stop if we wanted to be able to get on one before it filled up, so keep that in mind. I did manage to make friends with a dog at one of the stores we stopped into :) 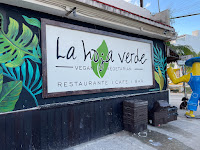 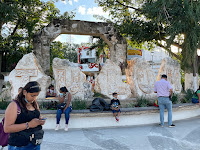 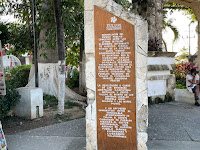 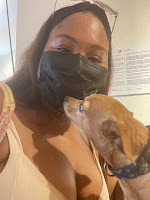 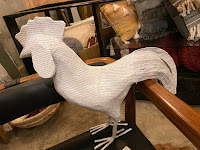 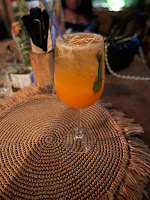 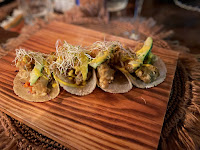 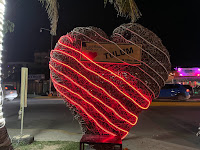 This was mainly a travel day. However, we did manage to stop by the swings at the resort to have a bit of fun and take a few pics before catching the shuttle back to the airport and flying off into the sunset. 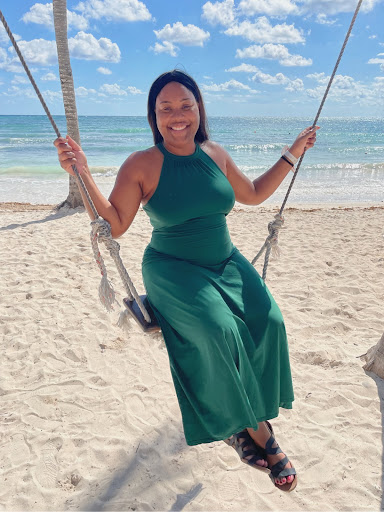 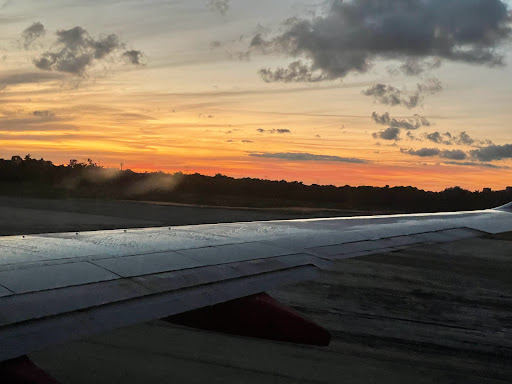 November 14, 2021
There is an  article going around twitter with the headline, " My wife earns $500K a year, but drops $1,500 when she goes to the mall. She is jeopardizing our retirement ".  You can see the actual tweet here . What I noticed from the responses to the tweet was: A lot of people did not read the article. A lot of people don't seem to believe in joint finances in a marriage A lot of people think 500k annually goes a lot further than what it actually does A lot of people don't know what it takes to retire comfortably...especially to retire early I saw a lot of comments saying "$1500 isn't much. That's a small percentage of what she makes". However, the article states that she is spending this as often as he spends $150 at the grocery store. The article mentions children, so we can reasonably assume that $150 isn't buying much more than a week's worth of groceries for the family. If she is spending $1500 every week at the mall, that adds up to ov
Read more

November 09, 2021
I have a lot of thoughts on insecurities. It wasn't really something I thought about previously, but after they caused many issues in my last relationship, I've spent a lot of time thinking about this.  Disclaimer: I am not a therapist or professional in this field. These are just my thoughts based on my own experience. If you prefer to watch a video instead of reading, check out the  Youtube video . Aren't Insecurities Normal? I do think having some level of insecurity is normal, but I think it can sometimes go too far. I think there is a difference between being insecure about a couple of things vs being an insecure person. I would say that an insecure person is likely to be insecure about multiple different things across many different aspects of their life. I think that an insecure person is also more likely to let their insecurities get in the way of things. I think it's important to be aware of your insecurities and during any kind of conflict ask yourself whethe
Read more